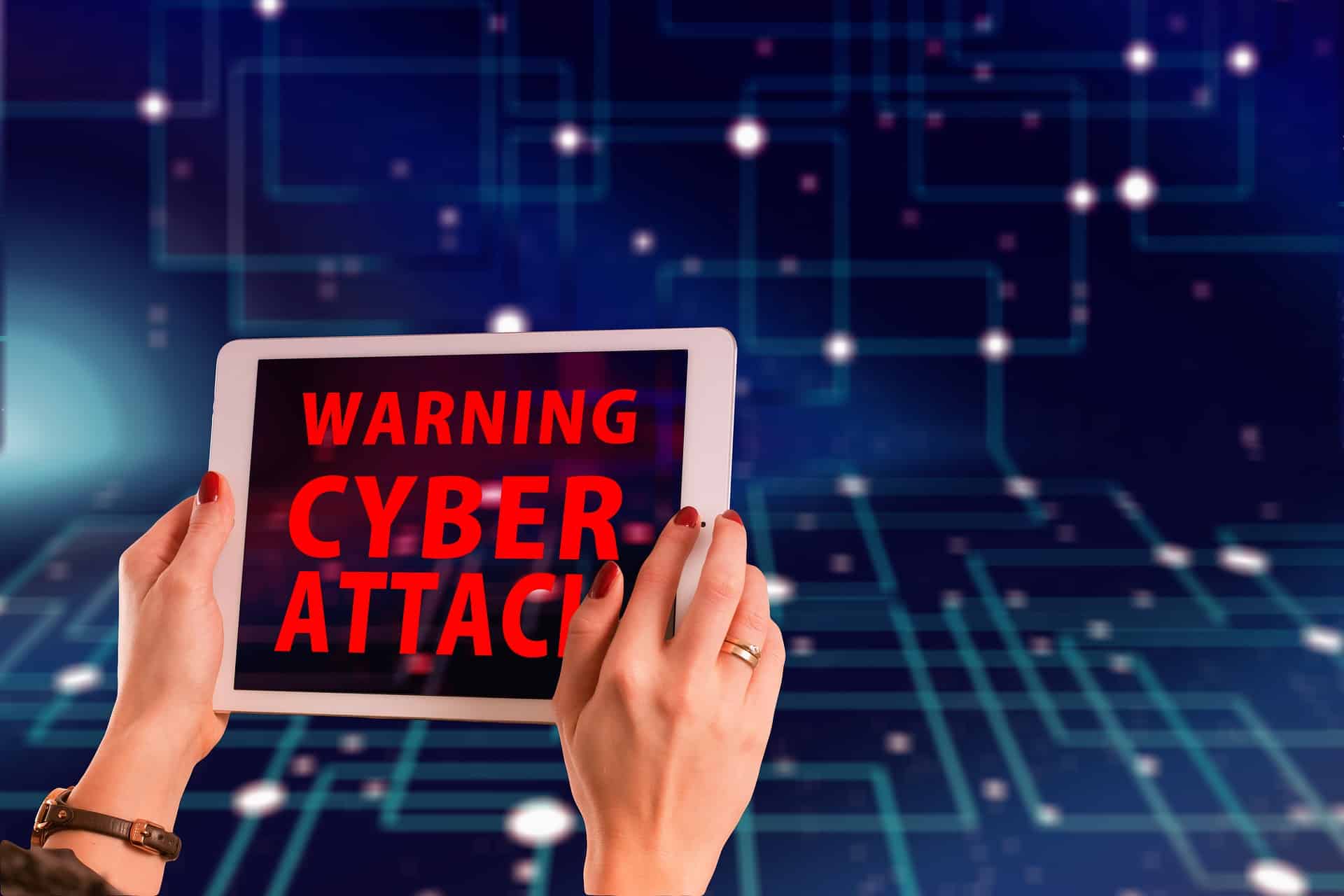 The Nature of Malware

Hackers and cyber criminals are getting stronger and smarter day after day. They are getting better at developing malware and viruses that are designed to disrupt your devices and steal private information. In the digital age that we’re living, cyber security seems to have a seriously remarkable role against theft and data damage, one that some people still seem to ignore.

Adding extra layers of protection to your sensitive and personal data is crucial. This is even more important if you happen to own a business, where intellectual property and clients’ sensitive data could be jeopardized.

Unfortunately, malware is no longer a visible infection that your computer can easily detect. Things have rapidly progressed, where malware comes in different shapes and have different roles; all that intend to cause some serious damage.

Learning about the nature of malware and its different types can help you sturdily stand your ground. We’ll also walk you through the needed steps to take in order to avoid such unfortunate incidents from coming to pass.

The word “malware” is used to describe any type of malicious software than infects a device to corrupt its system and data. It is often depicted as a malevolent worm that silently seeps into systems by transmitting itself over a network.

It is a real threat to small and large businesses alike since it may jeopardize their privacy and leak sensitive information. Moreover, most hackers use malware to either gain access to the financial information of clients or to withhold important data until an amount of money is given in return.

This takes us to the different types of malware that are used to cause serious damage. Cyber criminals get really creative when it comes to launching cyber attacks and threats. Check out these most common types to be aware of how these malicious worms cause disruption and damage.

While all malicious software always share the same purpose, either theft or corruption, each of them has its own function in carrying out the vicious mission. Infecting a device with a savage malware could be done virtually or physically. Cybercriminals have so many ways to get to their target successfully.

Take a look about the different types of malware and how each of them functions to destroy your data:

Virus is the most popular type of malware or it’s the one word that everyone commonly use to describe the damage that impacted his/her device. Well, a virus is a program that manages to replicate itself by feeding off other computer programs. It leaves its imprint over several programs, known as a code. Once the replication succeeds, the virus thrives in inflecting damages over the affected areas.

Just like the name of the this malware suggests, ransomware is a malicious program that is based on claiming a ransom. This malware type works by launching a damaging code into the victim’s device, blocking the user’s access to his/her system. Criminals persist on holding the victim’s information until a ransom is paid.

You may have come across this term when it comes to undomesticated malware programs that can inflict damage upon a computer. A worm malware bears some resemblance to a virus in the way it’s capable of replicating itself and spreading copies to damage several areas. The only difference is that this malware doesn’t require either an interaction from a user or a program to feed off. It can survive by itself, causing irreversible damages.

A trojan is known for its speediness and many may believe that this malware is named as such for its ability to spread swiftly. While this is partially true, this type of malicious software is named after the ancient Greek story of the trojan horse. It is a malicious code that takes over a computer system, stealing information, disrupting your data, and inflicting serious damage. Its deceptive nature makes it hard to detect before it is a little late to reverse the corruption.

This type of malware works as a secret agent for the sake of some entity that can harm the user in different ways. Spyware is a baleful software program that silently travels through your network, aiding the hacker to gather sensitive information about the user. The cybercriminal then sells this private data to the entity that hired them, jeopardizing the user’s cybersecurity from several aspects.

This certain type of malware is rather widely used and also known to many victims, yet it is not always easy to detect. Phishing is the fraudulent practice of luring the victim into the trap. In this type of malware, the hackers use tricking methods such as sending a malicious link or a baleful attachment that seem innocent. When the victim clicks on those links or download the infected attachment, the virus starts causing damages.

Keylogger is the abbreviated name for this form of malicious software. This type works like any other malware; it launches when an infected attachment is downloaded. What happens when the file is downloaded is that the contaminated program started recording every keystroke of a user, monitoring its private activity and insidiously getting confidential information.

Rootkit is one of the most dangerous types of malware, given its multifunctional characteristics that combine more than a few types together. This kind is plotted to access certain areas of a user’s software that shouldn’t be accessed. It’s quite deceptive, for it disguise as a normal software that already exists without raising any suspicion. Attackers usually use this type of malware to steal banking information, passwords, and spread damaging viruses into the victim’s system.

This type of attack comes in the form of a warning message, alerting the user to the existence of some infection of their device. It is a fallacious trick that leads the victim to click on the fake warning message, resulting in downloading an actual malicious software into his/her system that didn’t previously exist.

Grayware is the most confusing type of malware that ever existed, for it is not classified as a vindictive software, yet it can still cause some moderate damage. Instead, it falls into a category known as Potentially Unwanted Programs (PUPs). Probably, that is why it is called what it is, since it falls into a gray zone. This type specifically is not powerful, yet it is capable of negatively affecting the performance of a device, which is still annoying.

It sounds like this type of malicious software doesn’t have a name, but it is actually just as the name suggests. This type of a computer infection is the sneakiest of them all. It uses a legitimate tool to execute its fraudulent behavior. The fileless malware launches its attack by masking a regular program or software, making its detection a rather challenging mission.

Pop-up adverts are already annoying and never needed, but some of them are even dangerous to your system and network. This type of maliciousness is known as adware, a short term for advertising-supported software. Adware is generally a software that automatically shows online advertisements, causing your system to slow down and encouraging the installation of another type of malware, like a spyware or a virus.

Backdoor is a secret by-passer that search for a vulnerability in the victim’s security system to access an authenticated area on the device. Unsecured systems and networks make it easy for hacker to use a backdoor malware in order to install an unwanted program on your device, endangering the safety of a user’s confidential data.

Bot is generally an internet robot that is designed to automatically perform certain tasks, imitating a real human interaction. A malware bot is, obviously, one that crawls into a system claiming control over a user’s device. Multiple bots can work together in harmony, causing severe damages to a system, and those are known as botnets. The difference is that botnets are managed and controlled as a group, easing the hacker’s way to control the victim’s data.

A bug is another PUP rather than an actual malware. Bugs are the flaws and vulnerabilities found in a software, opening the door for criminals to easily launch their infectious codes into your system. Besides, a bug won’t necessarily corrupt your data or system, but it will still cause some annoyance by freezing your screen, crashing your application, and slowing down the performance of your computer.

Some hackers get really aggressive where they combine more than a few types of malware to perform what is known as a complex attack, causing serious damages and corruption. This type of an attack is rather known as a hybrid malware. It includes different types that perform different fraudulent behaviors, like stealing confidential data, slowing down the performance of a device, and corrupting its data.

Protecting yourself from potential attacks has become a dire necessity, especially with the attackers getting creative at the methods they use to perform their malicious behavior. There are different ways that you can attempt to prevent the virus from infecting your system from the start.

However, some of these attempts can end up failing, thus, you will also need to detect the existence of an attack and reduce the risks that come with it. Here are some important security tips to build a sturdy protection layer against possible attacks:

Installing a trust anti-virus software is an essential step in creating a defense wall against your attackers. You don’t really have to be tech guru to be aware of this important fact. It is even a widely known notion among all technology users.

Most importantly, make sure you download the anti-virus software from a trusted source, for some malware come in the form of legitimate applications. This software will assist users in detecting any suspicious codes and keeping the security tools up-to-date.

2. Build Awareness Among the Users

If you are a business owner, your chances of having your system attacked is even higher than networks for personal use. Having your employees educated and trained to recognize fishy attachments and links goes a long way. Most cyber attackers find the weakest link in your system and prey on them to find a way into your private data.

Ignoring the regular update of a software will leave a backdoor for hackers to breach your data and infect your system. Operating system often release new updates every once in a while, keeping your system updated will fix any bugs or vulnerabilities that may pave the way for malware attacks.

4. Limit Sharing Files with Other Users

Several applications and websites offer sharing options among the users that make communication easier and faster. However, most of those apps don’t offer the needed security levels to prevent malicious attacks. So, it is important that you keep file-sharing to the minimal among your employees to abort any moves from cyber criminals.

Among the best security tools that you can rely on for a sturdier protection is the virtual private network. This tool creates an endpoint encryption, making it harder for a third party to intervene or invade your system to mess with your confidential data and sensitive information.

Make sure you reduce the risks that come with installing a wireless network, for those networks are not as robust as you may believe. You should always change your default passwords, not only to limit the access, but also to make it harder for hackers to lay their hands on a weak and repeated one.

The process of authentication enables you to confirm your own identity and assure no other party has an access to your private network or information. This method actually help in keeping attackers at bay since it denies access unless they prove the registered identity, making your data and information safe.