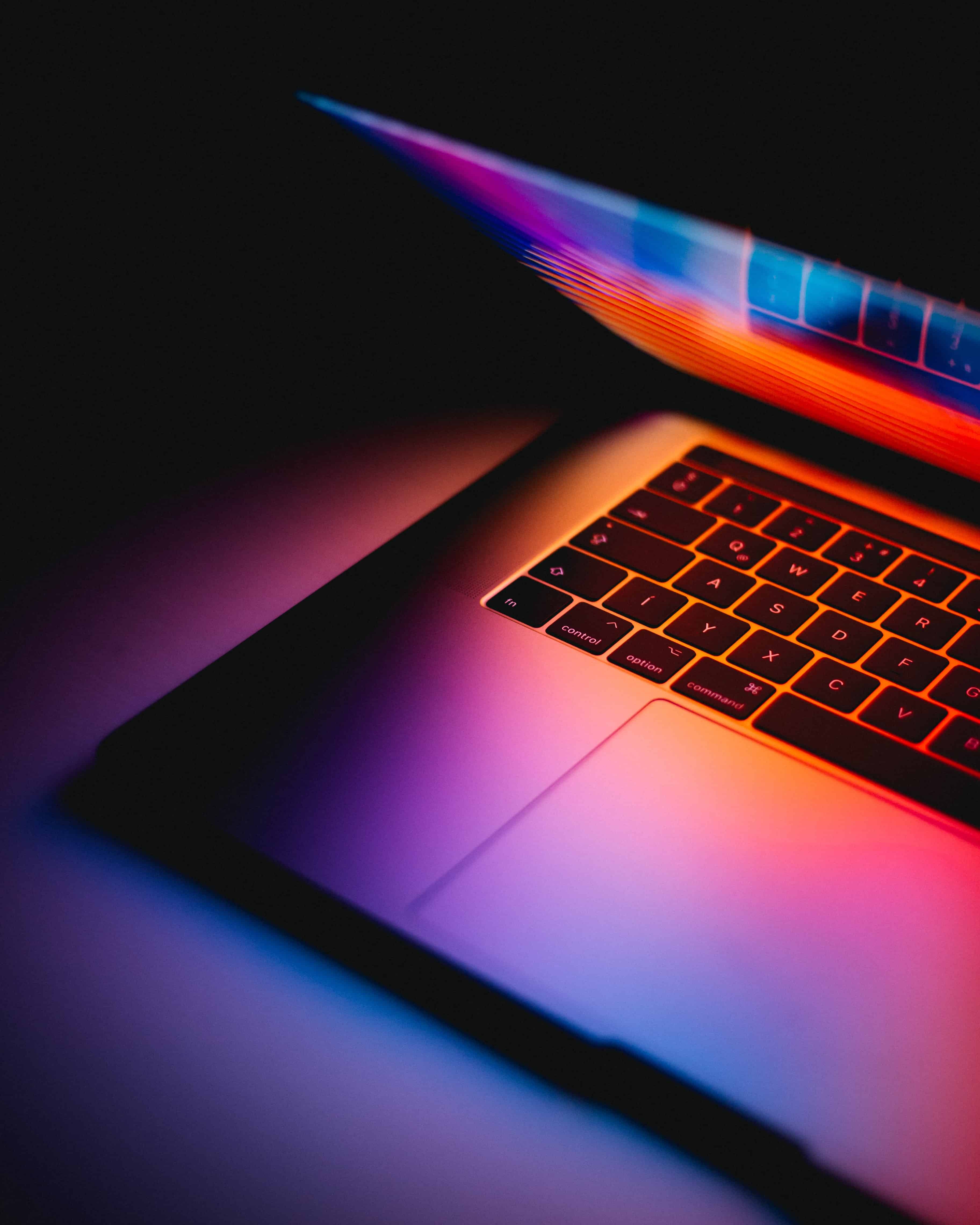 Networks are the real heroes behind the increased demand for computers and other technological devices today. They are important for doing almost everything that we already need a computer to do. Whether downloading a file, accessing the web, or even printing a single document, it all requires the presence of computer networks.

Computer networks can be defined as the existence of several devices connected to one another across the globe. Such connection allows these devices to share their data and resources, including files, attachments, and applications.

Moreover, there are several types of computer networks that have different sizes as well as different purposes. They have been developed and new ones have even emerged throughout the years. Keep reading to learn about the different networks available, how they function, and what their purposes are.

Local Area Network refers to that type of computer network that functions within a limited range. This network connects several devices together in a single environment, be it a school, office, house, library, or so. Its purpose is to share files and documents, connect to the same printers, and more resources.

The connection that LAN establishes is not limited to being in the same exact building. In fact, it can connect devices in different buildings as long as they are adjacent and within the functional radius. However, LAN is one of the private computer networks that doesn’t grant access to an outsider. So, even if you happen to be inside the building but you have an outsider device, then you’re not connected.

All computer networks have their pros and cons, and the Local Area Network is no exception. One of the greatest advantages of LAN is that it functions at a high speed and easily transfers data and resources through connected computers. It also enables all LAN users to share a single internet connection, which is deemed safer and more secure.

The downsides of LAN include its quite high cost to be installed; however, the shared resources can help in minimising the cost of other aspects. Another disadvantage is that demands regular administration to instantly fix the reoccurring issues. Otherwise, outsiders can manage to find their way into the network.

WAN is not that much different from LAN in terms of its characteristics. They are both installed within organisations to be able to share different resources. The extra privilege that WAN offers is the coverage of a wider area.

The drawback of WAN is that it is, definitely, high in cost, yet it is deemed among the essential investments, especially for large organisations. Another downside is the occurrence of errors, given the wider range of coverage that enables the usage of different technologies. The security of such a network is rather weak in comparison to other computer networks with smaller coverage.

The Campus Area Network is one of the computer networks that define multiple Local area networks (LAN) that are interconnected within a specific range of areas. While it sounds a lot like the wide-area network (WAN), given the interconnection between multiple LANs, it is actually quite smaller. It is also sometimes referred to as a corporate area network.

Apparently, the CAN suggests that this kind of network is usually used within an educational campus or a corporation. It is used to cover the geographical areas of schools, universities, or firms rather than using WAN. The reason behind that is that the needed coverage area is smaller, so it is much better to go for CAN in that case, especially since that is quite affordable.

Affordability is not the only advantage that comes with the installation of CAN, in fact, it has more than a few pros to make use of. It is one of the computer networks that function through a wireless medium, making it easy to connect to portable devices. Moreover, it provides high speed, has strong protection for data, and offers easy data sharing and accessibility.

This network’s drawback is that it offers only a limited number of nodes to connect together. It is also deemed quite expensive in its maintenance and troubleshooting issues compared to many other networks.

Virtual Private Network (VPN) is one of the most popular computer networks that is widely used. This type is quite essential when it comes to establishing sturdy cybersecurity and offers multiple layers of protection for confidential information and sensitive data. It is widely used in public networks as a means to protect users from third-party invaders.

The purpose of this network is to add a cover to one’s online identity so it becomes quite difficult to be tracked to fall victim to theft. This works by encrypting the data and masking the IP address of your device. VPN is useful in ensuring your safety in the digital world as it keeps your identity anonymous while you browse the internet.

However, like all the other computer networks, VPN has its own drawbacks. Interestingly, some countries perceive VPNs as questionable networks and are prohibited altogether. In case you’re not in one of those countries, the other drawback you will face is a slow connection. VPNs can slow down your connection and can deny your access to certain websites.

Metropolitan Area Network is one that interconnects multiple users in a specific region that resembles the size of a metropolitan area. The size can vary anywhere from as little as five kilometres to fifty kilometres. Just like many other computer networks, it is the interconnection between several LANs except that it is a bit larger but still smaller than a WAN.

A Metropolitan area network may not cover a large area as much as a wide area network can, yet it is deemed more secure than it. It also demands fewer resources compared to those required by the wide-area network and is pretty cost-effective in comparison as well. The downside of MAN is that if it ever becomes large, keeping it secured will become relatively challenging.

Obviously, a personal area network is one of the computer networks used within an individual workspace. It interconnects several electronic devices to a single internet connection as long as they exist within the network range. This network works wirelessly, eliminating the need for long tangled cables. It can also be used on several electronics, including laptops, smartphones, TVs, and tablets.

The drawback of this network is that it interfaces with radio signals, affecting the connection of the internet. Besides, it has a limited range, covering less area than most of the other computer networks since it is only used within a personal area.

One of the main types of computer networks is the Enterprise Private Network, commonly known as EPN. This network assists in connecting a number of their separated offices or branches under the same enterprise company. That way, all the interconnected devices can securely share their resources and data.

The high security provided by the enterprise private network makes it one of the highly demanded computer networks to install among organisations. It encrypts the data and messages shared over the network even if it is between devices in different places.

Passive Optical Local Area Network (POLAN) is the developed method of structuring a telecommunications network by substituting the traditional structure that came with cables. It is one of the computer networks that use a single-mode fibre by flattening the LAN to make it work over distances without using too many cables.

This network is deemed quite affordable in comparison to other computer networks. Its primary installation is cost-effective and easy to maintain. And, definitely, it provides high security to the data and resources shared over the network, slimming the chances of a third-party invasion.

Since it covers a relatively small area, the transfer rate it offers is quite high. It is also easy to install and even its maintenance is cost-effective. One thing you should know about this network is that it requires a license, for its flow is controlled by Government agencies. Also, bad weather conditions can interfere with the strength of communication of the WLAN.

Unfortunately, the security of WLAN is considered quite low and weak compared to many other computer networks. Another drawback is that the transfer rate of this network is affected as, unlike the wired connection computer networks, it uses frequency.

A storage area network (SAN) is one of the computer networks that provide high speed, interconnecting storage devices to more than a few servers. This network grants access to the data stored in different areas, including disk arrays or tape libraries, from multiple servers. Each server grants access to the specific data storage shared on it.

This network is considered to be among the highly complex computer networks. It needs constant maintenance and special knowledge in order to keep it managed properly. Such demands make this network quite expensive to maintain or even install in the first place. The high traffic required to maintain the storage area affects the operations and transfer rate of the network.