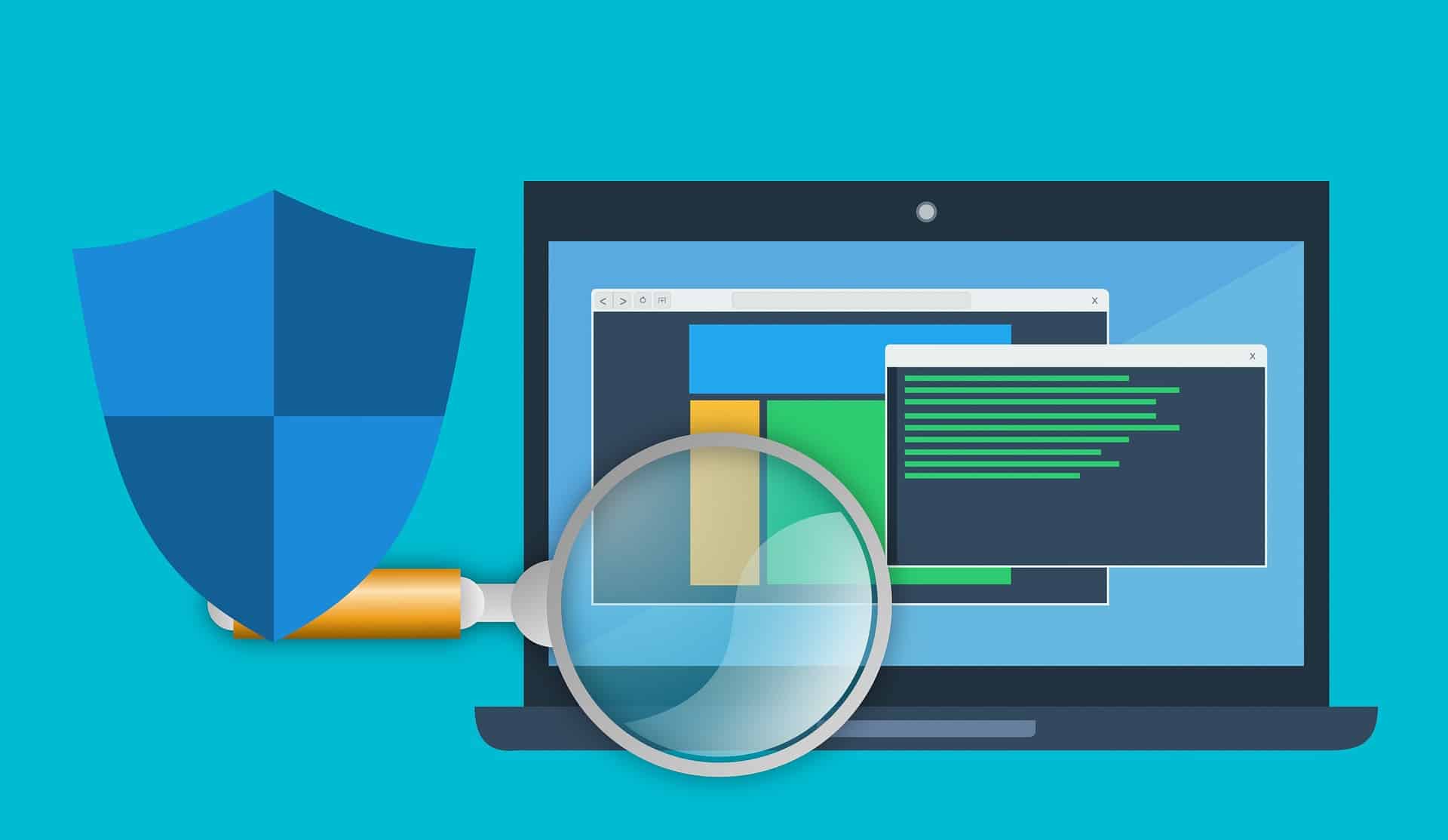 All about Antivirus Software Programs

Most, if not all, businesses have gone digital to maximize their profits. Thus, cyber security became essential to protect more than just your email and browsing data. There are many ways to get protection on your system and avoid getting infected.

Hackers would like to take advantage of the vulnerabilities found in a network or system. They launch malicious viruses to disrupt your data or steal confidential information to sell it. For that very reason, you need to install a sturdy antivirus program.

Not only do these antivirus programs defend you against hackers, but they also protect your computer devices. So, gather all the information you need to know about viruses and know how to safeguard your business from them.

What is a Virus?

A virus is a malicious code or program that keeps replicating itself on a device to disrupt its function. These viruses can seep into a computer, altering the way it operates and modifying various programs. The reason cybercriminals use viruses is to steal sensitive data that could benefit them in different ways.

The name derives from that of the biological viruses, for it bears a remarkable resemblance to how they function. They keep spreading uncontrollably, causing damages that could be mild or severe, depending on their type. Most injuries that happen to corporates are usually economical.

Consequently, installing antivirus protection is a necessity for corporates that encompass confidential data. It is legal to sue companies who take their data security lightly, for they use their customers’ sensitive information.

The Main Functions of Antivirus Programs

Throughout the years, antivirus programs have proven their power and efficiency in shielding devices from potential attacks. The primary function that antivirus programs perform is detecting the existence of a virus and working on removing it.

Antivirus software programs run a precise scan through a computer and rid it of any malware found. Viruses may be one type of malware, but antivirus programs function by removing most types.

They also provide sturdy online protection against hackers and cybercriminals. Once this program runs on your computer, it helps identify threats and vulnerabilities that cybercriminals use to their advantage.

If you own a business, you use the internet to reach people through your products and services. Your internet connection piques the interest of hackers, for they use it to invade your systems and networks.

Mistakenly, some people tend to believe that all antivirus programs offer the same level of protection. But that’s far from true. Some of them leave a back door for hackers to secretly invade your system and cause disruption.

The type of antivirus software you use plays a vital role in staving off all kinds of malware. To not pave the way for cybercriminals into your network, you need to look for premium features. Here are the features your antivirus program must have:

Some antivirus software programs require you to run a manual scan in an attempt to find any possible threats. However, it won’t be of any good when a hacker invades your system at times you’re not running a scan. Malware infections can get the most out of your device before you even know it.

Consequently, your antivirus software must have a dynamic scanning feature. This feature allows the program to run a scan to detect the presence of malware repeatedly. It works efficiently in ridding your device of infection and preserving your data based on what it finds.

Despite the name, antivirus software doesn’t only fight viruses. It is designed to target different types of malware, be it a virus, trojan, spyware, or anything else. You have to make sure your installed antivirus is compatible with your operating system to exploit all of its potentials.

Some versions of antivirus software can detect the malicious code but won’t delete it on its own. Such software programs do what is known as the quarantine zone. It simply means placing the malware in an inactive position until the user logs in and deletes it manually.

The absence of an auto-clean feature increases the risk of the malware getting active again. It’s wise to keep the auto-clean feature in mind while installing antivirus software. No one wants to leave harmful malware on their system and risk having their data breached or damaged.

Threats can happen across all types of apps and internet browsers. You never know where the malware will find its way to you. It could be in the form of an email or a seemingly harmless link. Also, the apps that you use every day can leave room for malware to sneak into your system.

An essential feature to look out for is the protection of multiple apps. Many antivirus programs add a protection layer to various vulnerable apps. That way, you reduce the risk of exposing your system to any potential threats.

Do you know the vulnerability that most hackers use to their advantage? It is outdated software and system. The longer you go without updating your operating system, the more you risk getting infected.

The same applies to your antivirus program; it needs to be updated regularly. The automatic update feature helps in resisting new types of malware that may not have existed before. Every update comes with new features and the potentials to contain newly developed threats and give a wide berth to it. So, make sure yours installs updates automatically.

Light on Your Resources

Unfortunately, some antivirus programs take a tremendous toll on your system, causing unwanted heaviness. Some of them cause an overall delay in action to your system. Files take longer to open, apps take forever to download, and websites barely open.

If this ever happens, you may need to delete this software and look for a more effective one. Don’t rush and pay for premium versions without reading reviews about the program. Some of them also allow you to have a free trial for a short period before making an actual purchase.

If you’re currently looking for a powerful and effective antivirus software program, we have got your back. We’ve gathered some of the best antivirus software based on user reviews. Since you are willing to pay to protect your system and network, you need programs that offer broad security coverage.

The good news is, there is a free edition. However, the paid version subscription protects up to five devices all at once. Also, it offers solid protection as well as parental controls on children’s devices.

BullGuard is ranked among the best antivirus software programs for the ultimate internet security it provides. It is compatible with iOS, and the only drawback is that it doesn’t protect one’s identity.

The pros are protection against different malware, dynamic scanning, browser securing, and parental control. You can install it and have security on up to three devices when purchasing the premium version. It doesn’t offer a free trial, but you have the right to get your money back during the first month.

Obviously, this antivirus program is designed for MacOS users. It provides several plans from which you can choose the most suitable. MacKeeper runs a quick review over your system and fixes issues that may affect your experience.

It ranks among the best protection programs for its ability to fight different types of malware. MacKeeper also offers VPN, ad blocking, and ID guard.

McAfee is an award-winning antivirus software program. It has been prominent for its ability to offer a secured digital life. Moreover, once it runs on your system, it optimizes its performance and gives you a better experience.

McAfee is compatible with different operating systems. It also offers security for your home network, which, in many cases, can form a threat. Other features that it provides are password management, secure VPN, identity protection, and web browsing security.

Norton promises protection from different types of viruses and malware. However, it is only compatible with PC or Mac operating systems. It can still be installed on various platforms, but not all the features will be available.

ScanGuard provides you with five licenses to install protection layers across different devices. It is efficient in blocking harmful malware, including viruses, spyware, ransomware, and more. You also get a 30-day cash back guarantee.

TotalAV is another award-winning antivirus that has proven its efficiency in 2021 against newly developed malicious codes. It blocks malicious websites and provides real-time monitoring against data breaches or scams.

This antivirus software guarantees that you’re a few clicks away from ultimate digital protection. PCProtect offers various security features and keeps cybercriminals at bay. It holds all of your online activity confidential across different devices.

PCProtect offers ad blocking, so disturbing and annoying ads won’t keep popping up while you’re in the middle of something. It also provides an active VPN service that keeps your identity, IP location, and browsing history confidential.